So today I haven’t done much really, there was a thunderstorm early so then I just watched the movie Grown Ups on my laptop, after the thunderstorm had gone away I played some computer games and guitar.
Decided to learn an old song I haven’t played in a long time again,
Porcupine Tree – Sound of Muzak. Not the easiest song to play on guitar, especially the solo is a tricky one. But I love to play difficult songs so! 🙂
Also played Muse’s songs Psycho and Reapers, love those as well, easy and great sounding songs!

Later this evening at 21:30 I went to see my brother’s band perform here where I live, sounded really good, they’ve improved a lot in the past year so I’m proud of my older brother (he’s a guitarist as well).

This site uses Akismet to reduce spam. Learn how your comment data is processed. 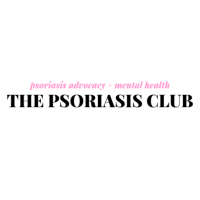 An Independent Non-Discriminatory Platform With No Religious, Political, Financial, or Social Affiliations

thoughts from the forest

Stories and photos from Scotland

Dawn to Dusk! I try to cover as many as topics I could relate to.

Painting the World with Colorful Words and Enticing Rhythm

Your Home for Homemade Japanese Food

How to cook "with visual instructions" "using familiar ingredients from your local grocery stores" healthy, traditional and delicious Japanese dishes!!